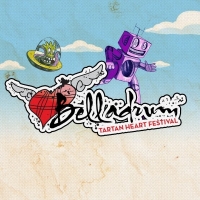 Award-winning Belladrum Tartan Heart Festival part of the Homecoming Scotland 2009 events programme, has announced Editors and Ocean Colour Scene as its headliners for the two day event that takes place on 7th and 8th August. For Editors, this is scheduled to be their only festival appearance in Scotland this year, and comes after much documented requests to return after appearing four years ago.

Ocean Colour Scene have been adopted by many Scots as one of their favourite bands coming out of the Brit-Pop phase of the nineties.

Back for its sixth consecutive year, the Scottish Highlands' leading all-ages music and arts festival has also revealed a raft of other acts including The Saw Doctors and Shed Seven, both making their first appearances at Belladrum, and the latter making Belladrum their only UK festival appearance of the summer.

Quirky indie artists British Sea Power return to the stage, as does folk singer-fiddler Seth Lakeman and the Alabama 3 making their first appearance in an unplugged format. Glasgows finest, Sons & Daughters will also be there after having to pull out of last year's event at the eleventh hour.

Squeeze frontman Glen Tilbrook makes his first visit with The Fluffers who headline the Grassroots Stage, while the Peatbog Faeries, Lau and Treacherous Orchestra are in the vanguard of the Celtic representation at the event. World dance purveyors Transglobal Underground will hot things up on the main stage, teenage sensation Tommy Reilly follows up on his recent hugely successful debut tour and winning of Orange Unsigned, whilst gypsy punk specialists De Votchka are over from the US for a one-off Scottish festival appearance.

Glasgow indie artists, The Phantom Band come to Bella on the back of their critically acclaimed first album 'Checkmate Savage'. Also on the bill are Levellers' favourites 3 Daft Monkeys together with festival veterans Edward II plus The Wallbirds who provided to be one of the real highlights of last years festival, Kid Carpet, Sam Isaac, The Lost Brothers and reformed local heroes Scooty & The Skyhooks.

"We're very excited to have long-standing favourites north of the border, Ocean Colour Scene, making their first appearance here," said festival co-promoter Joe Gibbs. "And those with long memories will remember Editors playing a storming set mid-afternoon on the Hothouse Stage in 2005 when things were just beginning for them. They went on record later as saying they would be back and here they are; only this time they've got two albums, including a number one under their belt."

Advance prices for weekend tickets for 2009 have been held at 2008 levels of £80 (and free for children aged 12 & under) and £50 for Saturday tickets which become available in May . At the UK Festival Awards Ceremony in October - the festival industry's 'oscars' - Bella was awarded the Grassroots Festival Award.

Belladrum 2009 takes place on Friday 7th and Saturday 8th August in the beautiful Highland surroundings of Belladrum Estate, near Beauly in Inverness-shire. The independent festival has built a reputation for its eclectic line-ups, its whacky non-musical entertainments and its all-ages approach. Capacity will remain what it was in 2008 at 12,000.

This year the festival is supported by Homecoming Scotland 2009. Marie Christie, Homecoming Scotland Project Director said, "Belladrum is one of Scotland's leading family-friendly festivals. Taking place in beautiful surroundings, the fantastic programme and quality experience make it an unmissable festival diary date. We are excited to be working with the organisers to make sure 2009 hosts the best Bella yet ".