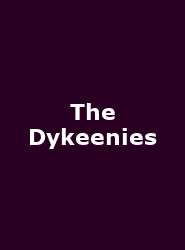 Celebrating the launch of download-only single 'Sounds Of The City', the Dykeenies have announced a free launch gig at an intimate venue in Glasgow on Monday 27th April - the date of the single release.

The event will be an 18+ affair, featuring a full band performance as well special guests and DJ sets. To be in with a chance, click on the 'Free Dykeenies Gig' link in the sidebar to the right. If you get a place you will be informed of the venue shortly.

'Sounds Of The City' is available to pre-order now from www.townsend-records.co.uk/dykeenies