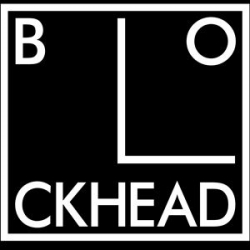 The Blockheads; one of the punk and new wave era's best loved bands, are currently on tour in the UK in support of their amazing new studio album "Staring Down The Barrel", released earlier this month via EMI Records. The release date of the album coincides with the 30th anniversary of hit single 'Hit Me with your Rhythm Stick' topping the charts, selling in excess of one million copies. The new album has received rave reviews in Mojo, Uncut, Record Collector, The Word and Classic Rock.

The remaining tour dates include a special appearance at London's Camden Electric Ballroom on April 30th, where the original Blockheads sax player Davy Payne will perform with the band for the only date on the tour - full tour dates below.

Originally known as 'Ian Dury & The Blockheads' (before Dury passed away in 2000), the current line-up consists of four original members; Chaz Jankel (piano, guitar), Mick Gallagher (keyboards), Norman Watt-Roy (bass) and John Turnbull (guitar), who are joined by Dylan Howe (drums) and Gilad Atzmon (sax). 'Staring Down the Barrel' comprises of all new music written by Jankel (who wrote the music for the hit singles 'Sex & Drugs & Rock & Roll' and 'Hit Me With Your Rhythm Stick'), with the lyrics penned by new Blockheads vocalist Derek 'The Draw' Hussey, fittingly, Ian Dury's personal minder from 1990-2000.

Also just confirmed is a film biopic of the iconic Ian Dury, entitled 'Sex & Drugs & Rock & Roll', starring Andy Serkis (Lord of the Rings) in the lead rolw, produced by Kidulthood/ Adulthood producer Damian Jones. The film is due to be released in 2010 and will see band member Chaz Jankel as the musical supervisor. Work on the soundtrack with The Blockheads has already begun.

This UK tour sees 'The Blockheads' keeping the legacy of Ian Dury alive by playing, along with brand new songs from their forthcoming 'Staring Down the Barrel' album, classic tracks including 'Sex and Drugs and Rock and Roll', 'Hit Me With Your Rhythm Stick', 'Reasons To Be Cheerful Part 3', 'Clevor Trever', 'Sweet Gene Vincent' and 'I Want To Be Straight'.