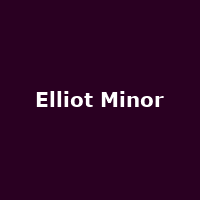 The Yorkshire cherubs of classic and classical rock have a trove of dates in key locations confirmed for several nights in the summer. Tickets are on sale now and the band are keen to stress that they wanted to play intimate shows rather than large rooms or stadiums - well, on this round of dates anyway. Venues are listed below and given the warm reception for their self-titled debut album, they should sell fast - so be quick!

As well as their own tour they are also appearing at 2 outdoor events - Copmanthorpe and Wakestock, one of which (Copmanthorpe) is situated in their hometown.

Although their style has been compared to Muse and Paramore, you can judge for yourself whether the hype is justified for this fresh young rock band.