Patrick Wolf for May UK tour and June 2009 album release 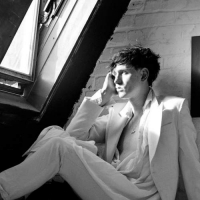 Indietronica icon and multi-instrumentalist, Patrick Wolf, will return with a fourth LP, entitled, "The Bachelor", due out on June 1st. Following his tradition, the album is self-produced, and this time round, features guest appearances by Alec Empire, actress Tilda Swinton, folk artist Eliza Carthy and eltronica guru Matthew Herbert. The first single, "The Vulture" is due for release on April 20th.