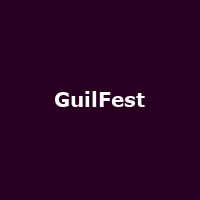 Joe Bonamassa, Pendulum, DJ Yoda and The BossHoss are added to this years GuilFest line up.

They Join the already announced star studded list of Motorhead, Brian Wilson (legend of The Beach Boys), Happy Mondays, The Wailers, Will Young, The Charlatans, Athlete, The Stranglers, Nouvelle Vague, Imelda May, The King Blues and Eat Static.

Fresh from a fantastic appearance on "Later... with Jools Holland", blues-rock guitar virtuoso, vocalist and songwriter Joe Bonamassa will be headlining GuilFest's Ents24 Stage on Saturday 11th July. Joe is widely renowned everywhere for his insanely fluid phrasing and post-modern fusion of electric British blues, traditional Delta blues and rock 'n roll chops. Proclaimed "The New King of Blues" by Guitarist Magazine, by the time he was twelve Joe was touring with blues legend B.B King, which led to opening slots for many other stars including Buddy Guy, Foreigner, George Thorogood, Robert Cray, Stephen Stills, Joe Cocker and Gregg Allman. Beatles promoter Sam Leach compared the first time he saw Joe to his initial glimpse of the Fab Four at the Cavern Club - "I got that same feeling of excitement...Joe is the premiere Blues/Rock artist on the planet."

All of Joe's albums have either hit No 1 or gone Top 10 on the Billboard blues Chart, and Joe's new album, "The Ballad Of John Henry" will coincide with his twentieth year as a professional musician and what promises to be an awe inspiring performance at GuilFest.

Australian Drum and Bass Kings Pendulum will be headlining the Funky End Dance Tent, playing a DJ set with MC Jakes on Saturday 11th July. Pendulum have taken the world by storm since they appeared in 2002, touring the world with their instantly recognisable sound, meanwhile releasing two critically acclaimed albums - the first, "Hold Your Colour" achieving double gold status and the second "In Silico" achieving gold status and hitting the number 2 spot in the UK album charts. Pendulum will definitely have The Funky End rocking on Saturday night at GuilFest 2009.

DJ Yoda will headline the Funky End on Sunday 12th July. One of Britain's most admired and original club DJs who encapsulates the very essence of good times, DJ Yoda has transformed clubbing as we know it, throwing down styles as diverse as Hip-Hop, Funk, Baltimore Club, Drum n Bass and even Country music. His keenly-defined sense of humour has captured the imagination of the masses making him possibly the only DJ in the world who can fill a club cutting the Indiana Jones theme music with dirty dubstep beats or 80's pop with New York rap. A judge for three years-worth of DMC DJ World Finals, tipped by Q Magazine as one of 'The 10 DJs you must see before you die' and voted alongside DJ Premier as 'One of the Top Three DJs in the World' in Hip-Hop Connection magazine, DJ Yoda represents a new brand of mix-master who can happily play any kind of music to make people dance. The organisers are delighted to have such a legend bringing the weekend to a close in the Funky End Dance Tent.

GuilFest 2009 welcomes back The BossHoss, who due to popular demand will be performing on Friday 10th July. A German band with the ingenious idea of merging Country with modern pop culture, Their Country Trash Punk Rock is unique to them - it's their shtick! Britney, Outcast or Burt Bacharach - nobody is safe from The BossHoss. Their own straight rock numbers are mixed with a unique party soundtrack. In their homeland they have become a cult band. Many fans just can't live without them and hardly miss any of their gigs.

The BossHoss are a story that only pop culture can write. From a beer mat to 3 gold discs; from a first appearance in a back street bar in Berlin to sell-out shows in front of 8,000 fans in the same city in the space of 3 years. Catch them live yourself on Friday at GuilFest 2009.

The already fantastic GuilFest line up will continue to grow over the coming weeks - expect more then 200 live acts to be announced in time for July. As well as the main stages, GuilFest also features two Live club stages (one of which sponsored by The Surrey Advertiser), featuring the best in unsigned talent from the local areas and beyond, one of the most laid back and friendly vibes at any festival, impromptu street performances, food and drink from around the world, great stalls, cocktail bars, our MASSIVE 150' bar and loads of other attractions, including our acoustic lounge, rock disco, Farmer Giles barn dance, brand new 70s disco + loads more. We even have Guildford Lido for outdoor swimming and showers, and Guildford Spectrum leisure centre for indoor swimming and various other activities right next door!

Don't Forget - Campsite opens @ 10am Thursday morning, main site opens 10am Friday Morning. Make sure you're in the campsite on Thursday night for our bar and disco!

So for fun in the sun this July, get down to GuilFest. Tickets still available - Buy now to avoid disappointment