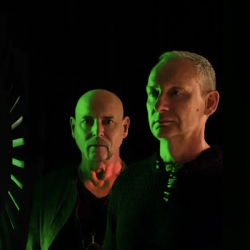 After five years of what, out of non-cynicism, we'll kindly call a hiatus, the Hartnoll brothers seem to have 'rebooted' their music partnership, as after headlining a handful of summer festivals - Get Loaded in the Park on Clapham Common (August 30th), RockNess (June 12th-14th) and the Big Chill (August 6th-9th), they will embark on a UK tour this autumn, twenty years after their formation. The tour, for which so far only six dates have been confirmed, will begin at Manchester Academy (September 18th and 19th), via Newcastle Academy (September 21st), Sheffield Academy (September 23rd) and London Brixton Academy (September 24th and 25th).

The siblings have also just added a pre-festival date at Leeds Academy on June 11th.