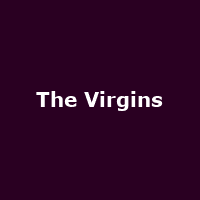 The tour will kick of at Digital in Brighton on April 14th, via Thekla in Bristol (April 15th), Ruby Lounge in Manchester (April 16th), Cabaret Voltaire in Edinburgh (April 17th),Kings Tuts in Glasgow (April 18th), The Cluny in Newcastle (April 20th), Rainbow in Birmingham (April 21st), followed by two London dates (Heaven on April 23rd and The Roundhouse on the 24th), before finishing with two shows in Ireland- Dublin Academy2 on the 25th and Belfast Speakeasy on the 26th.

Tickets are on sale now and cost just under a tenner for all dates... Sexy, uh?