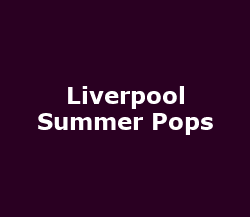 Liverpool's Summer Pops 2009 has announced additional artists to its line-up at the series of events this July. McFly, Sharleen Spiteri (Texas), The Pogues, Buzzocks, Rhydian and James Morrison are also now set to play at the festival.

Already on the bill are artists such as Leonard Cohen, Simply Red, Deacon Blue and Jools Holland to name but a few.

Summer Pops showcases a variety of music genres and artists at a series of events across Liverpool every summer as the city works to secure itself a place in the European musical calendar. In the past, acts such as Shirley Bassey, Bob Dylan and Ray Charles have been booked at the extensive event that features everything from rock and jazz, to folk and pop.

Tickets are on sale now for The Pogues, Sharleen Spiteri and James Morrison. McFly, Rhydian and Buzzcocks tickets go on sale on Tuesday 14th April at 9AM.