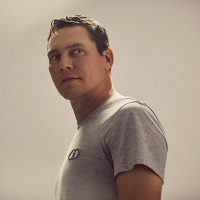 Superstar DJ Tiesto has announced that he is to bring Ibiza to the UK in London's Victoria Park this summer by way of an historic solo set. On Friday 31st July, one of the world's most famed DJs will grace the decks as part of an extensive world tour that will include stops in Thailand, Austria, Spain, Slovakia, Ukraine, Belgium, Denmark, and the USA. Support on the day will be provided by rising electro-pop star Calvin Harris, whose current single 'I'm Not Alone' was remixed by Tiesto.

The Dutch-born trance DJ has several albums under his belt, of which a fifth is set for release later this year, with a single due out this summer. He has toured every year since 2004 and has won numerous awards since his rise to fame in the late 1990s. Tiesto started out with a monthly residency at legendary Sheffield club Gatecrasher, working with Ferry Corsten, and has been releasing records since late 1994.

Tickets are £36 each and available now.