Alnwick Castle to host The Music of Queen: A Rock & Symphonic Spectacular in July 2009 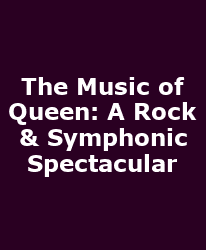 Alnwick Castle, Northumberland, will be host to The Music Of Queen: A Rock & Symphonic Spectacular on Saturday 18th July.

The event will feature a full rock band and stars from the acclaimed West End musical 'We Will Rock You', accompanied by a 60-piece symphony orchestra to provide an epic concert experience. Composer Richard Sidwell has expanded Queen's original arrangements in order to create a stunning show like no other. Queen have gone down in music history as one of the most influential British rock bands ever, with album sales of over 300 million worldwide.

'The Music of Queen' is one of the biggest rock shows on earth with over 70 performers on stage, and will feature Queen's classic hits including A Kind of Magic, Bohemian Rhapsody, Radio Ga Ga, We Are The Champions, Somebody To Love, Who Wants To Live Forever, as well as many more.