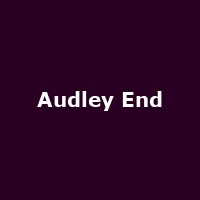 A series of 'picnic concerts' have been announced in historic locations as part of this summer's festival season. Organised by English Heritage, the series of open air evening music events will take place at two stately homes: Audley End, Essex, and Kenwood House, North London, during July and August.

Artists to feature at Kenwood House include Simply Red (as part of their farewell tour), James Morrison, Jools Holland and Ray Davis. There will also be a Motown night to celebrate the 50th anniversary of Motown Records. Audley End will share some of the same artists, with the addition of Will Young, and a Back To The 80s night featuring The Human League, Belinda Carlisle, ABC, Go West and Heaven 17.

In breathtaking locations, the concerts hope to create a relaxed atmosphere for friends, or the entire family, on a perfect summer's evening. Guests are welcome to provide their own picnics, or packages can be purchased for collection on-site.