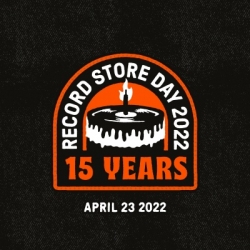 Your local record store needs you more than ever right now. On 18th April Record Store Day - a global phenomenon - is set to proudly commemorate independent music retailers worldwide. Many artists are joining support for the Day, which is even more poignant in recent times as beloved outlets are pressured by chain stores, music downloading, and the recent financial nosedive.

Over 50 participating retailers are located in the UK with events throughout - Rough Trade East in London has already confirmed gigs by Sky Larkin and Sunny Day Sets Fire, and you can expect much more in the way of DJs and parties.

Cold War Kids will be releasing an exclusive live EP on the same day, which will only be available at selected independent stores. The ranks are also joined by bands such as The Breeders who will also release an EP, and The Jesus Lizard who will release a special set of 7 singles. Sonic Youth and Beck have also recorded 7" covers of each other with only 2500 copies available at each store taking part. As if that's not enough to whet your ravenous aural appetite, Franz Ferdinand will be giving away some music too!

The original Record Store Day idea was conceived in 2007 as a celebration of a unique culture found in over 700 stores in the USA and many more worldwide. As Paul McCartney states, "there's nothing as glamorous to me as a record store" - and the first Record Store Day was kicked off by Metallica last year at Rasputin Music in San Francisco...that's pretty glam to us!

When was the last time you went to your local record store? Make sure you pop in on 18th April to show them some lurve - you never know who may be strumming away in the corner!

Check the "Participating UK Stores" link to the right for the full list of UK stores participating this "Record Store Day".