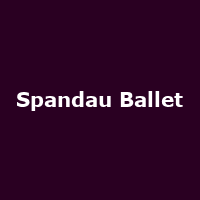 Going for Gold, Spandau Ballet recently announced that they are to re-form for a world tour at the end of the year - and for those unlucky enough not to have been able to get tickets, the band have announced four extra UK dates. The tour comes after news last year that singer Tony Hadley was ready to kiss and make up with the rest of the band claiming "time is a great healer", following a bitter break-up in the 1980s over songwriting royalties.

Spandau Ballet had their first hit in 1980 with 'To Cut A Long Story Short' and went on to release six albums before their split in 1989. The band will focus on their tour but have not ruled out writing new material.