Katlow releases debut double A single on 4th May 2009 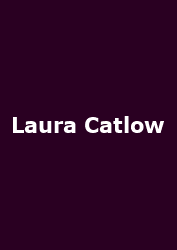 Emerging from the shadow of the famous tower in Blackpool, Katlow is about to put the seaside town on the map for other reasons when she releases her debut single Gorgeous / 57 Manchester Road on 4th May via Liverpool label Playground. The single got it's first UK play on Janice Long's show last week, leading to the following quote from Janice '...absolutely gorgeous'.

After fronting a clutch of school bands, Katlow started to shine as a solo talent in 2008 with gigs in her hometown venue at the West Coast Rock CafÃ©. Word spread in the North West and Katlow was soon playing to a sold out venue on every visit. Promoters were quick to spot the burgeoning live talent and gigs soon followed at The Night And Day, The Globe, Zanzibar and Katlow's debut London gig will be at Tommy Flynn's on April 18.

One of the big influences to me has been Bob Dylan. I am in no way comparing myself to Dylan of course! But his words and music has been one of the strongest influences on me and my writing.

That may just be due to the accent I sing in, but I think my writing style is very similar to there's. I like to write about day to day life and normal situations.

Katlow is already creating a 'buzz' amongst the industry in the North West. Gorgeous / 57 Manchester Road will introduce an unsuspecting public to one of the brightest new female talents to emerge from the talented North West. A full UK tour and festival appearances will be announced shortly.