The Saturdays for a tenner! At the Nightingale club: 25th April 2009 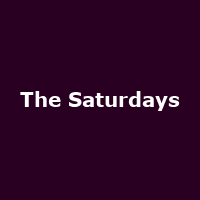 For the price of a few drinks , I hear you say?

For one night only on Saturday 25th April (what other day did you expect?), the current princesses of pop will play at Birmingham's The Nightingale Club as part of its 40th anniversary festivities. The Saturdays, who have previously graced the stage at the celebrated Nightingale, are back by popular demand for a bargain ticket price for one of the UK's hottest acts of the moment.

The British girls have stormed into the limelight in recent months, and you can expect to hear their hits 'Issues', 'Just Can't Get Enough' and their debut single 'If This Is Love' as well as others. The Saturdays' members include Frankie Sandford and Rochelle Wiseman previously of S Club 8.

The Nightingale - "The greatest gay club in the Midlands" [but not the only gay club in the village? - Ed] is running events every Saturday throughout April as part of the birthday celebrations.

Get your tickets at a credit crunch-tastic Â£10 while they're hot!