Keeping the children entertained in the Easter 2009 holidays 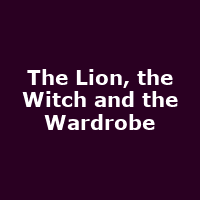 The daffies are out, the days are getting longer, and your little cherubs are off school - so what exciting things can you do to keep those minds occupied this Easter?

At the Science Museum, London, the 'Wallace and Grommit Present A World Of Cracking Ideas', exhibition opened last week. Celebrating Nick Park's famed crazy inventor Wallace and his trusty sidekick, Grommit, the family experience explores how the simplest ideas can become life-changing inventions. Including the humble telephone and other designs from the Science Museum's collection, you can put your inspiration to good use in the 'create your own' workshop! Tickets are £9.

The Horniman Museum in Forest Hill, London, is staging The Robot Zoo this Easter. Running from 28th March until 8 November, the interactive exhibition features a fascinating world of mechanical creatures, and gives you the chance to learn intriguing facts about real-life animals that we share the planet with. You could find out how a chameleon changes colour, or how a bat finds its prey in the dark! Displays compare animals insides to familiar machine parts and gadgets to demonstrate 'how animals work' and come to life.

Tickets are £5 for adults, and children are a bargainous £2.50 - or even better, a family ticket (2 adults and 2 children) will set you back £12. This is the exhibition's first time in the UK and will be plenty of educational fun for all the family.

Also taking place in London - as previously reported - is the production of family favourite The Lion, The Witch and the Wardrobe costing £18 per adult, £14 for under 16s and just £10 for under 12s. The production runs until Sunday 19th April at St Stephen's in Hampstead.

For people living closer to the 'burbs, the pineapple-under-the-sea-dwelling sponge otherwise known as Spongebob Squarepants is taking part in 'The Sponge that Could Fly' at the Churchill theatre in Bromley, where Spongebob embarks on a mission to fly with the Jellyfish in Jellyfish fields, but mast take on 'The Flying Dutchman' in the process. The show is in Bromley from Wednesday 1st until Sunday 5th April, moving-on to Reading, Manchester, Sunderland and beyond the Easter holidays.

Not in our fair capital? No problem!

The 'Scooby Doo! And the Pirate Ghost' live show will tour the UK from Tuesday 7th April, starting at the DeMontfort Hall, Leicester, and is sure to get their tails wagging! Kids' (and big kids too!) favourite, Scooby, takes to the stage stopping at venues in Southend, Southport, Birmingham, Bradford, Tunbridge Wells and Sunderland amongst others with a brand new case to solve. The trademark Mystery Inc show will follow-up their previous sell-out success and is set to entertain the whole family.

In Kilmarnock, Scottish children's entertainers 'The Singing Kettle' will feature at the Palace Theatre on Sat 04th Apr 2009 and Sun 5th Apr 2009. Providing an afternoon of laughter, traditional children's songs and interaction, tickets are £9.50 each or £34 for a family with showings at 12pm and 3pm on both days.

Legendary circus troupe 'The Moscow State Circus' continues over 200 years of tradition as it continues on its 2009 tour of Western Europe. A refreshingly-traditional circus complete with trapeze artists, strongmen, clowns, jugglers and unicycles, this is one of the greatest shows on earth!

Not-to-be-missed, the circus will be at the Kings Parade Circus Site, New Brighton, Merseyside from Wed 22nd April to Sun 26th April for plenty of clowning around.

There's plenty of eggcellent stuff to be getting up to this Easter...!