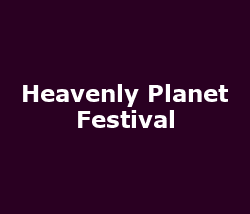 Reading Borough Council and Festival Republic announces that the new Heavenly Planet Festival planned for July 2009 has been cancelled due to the effect of the current economic climate.

Last month Festival Republic, Thomas Brooman and Reading Borough Council - joint organisers of the new festival - announced that entry to the festival would be free in its first year, with costs covered equally by the three partners. However the worsening economic climate has meant that one of the partners Thomas Brooman has been unable to commit to funding the event on the basis that had been agreed and has pulled out. As a result the two remaining partners, Reading Borough Council and Festival Republic, have reluctantly agreed to cancel the festival.

It is with regret that we make this announcement to cancel our new festival Heavenly Planet which was due to take place in Reading in July. The worsening economic crisis and circumstances beyond our control have been major factors in the final decision.

People everywhere are tightening their belts and making savings and we are no different. Through no fault of his own, Thomas was no longer able to make the equal financial commitment necessary. Whilst this is unfortunate, as a Council we do not feel we can commit any more public money to cover the additional costs that are now needed.

Whilst Reading Borough Council and Festival Republic are not in a position to make any financial commitment to holding an event next year, both organisers have now agreed to monitor the recession and any economic recovery with a view to planning for possible festivals in future years.