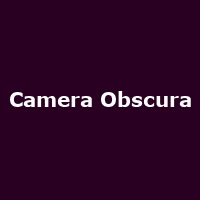 Glaswegian indie-pop veterans Camera Obscura have announced that they are to tour the UK, US and Canada this April/May.

Fronted by sweet-voiced Tracyanne Campbell, the band have been making music for over a decade after crashing onto the scene in 1996 and releasing singles in 1998.

Fourth album, My Maudlin Career, is set for release on 20th April, and will be their first release on record label 4AD - and, comes THREE years after their last album! The release will follow a stint at SXSW in Austin, Texas, and precede their tour this year. Starting on 21st April in Newcastle, the dreamy pop-bound UK dates will include venues such as Shepherds Bush Empire (London), Barrowlands (Glasgow) and the Leadmill (Sheffield). The band, who are currently already playing out in the US, will then continue with a further string of dates in the US and Canada.

The first single from My Maudlin Career, 'French Navy', will be released on 13th April and be available on CD, 7" and for download.