Blues on the Farm 2009 celebrates its 18th year 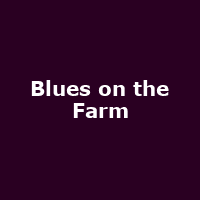 Blues on the Farm

"The Friendliest Festival in the U.K." ... Sunday Times

Hailed as "The Friendliest Festival in the UK", a handful of grassy fields south of Chichester will again play host to a stunning line-up of World class musicians at Blues on the Farm 2009 in June.

Set in 40 acres of the beautiful Sussex Plain south of Chichester, Blues on the Farm has a big reputation and attracts thousands of festival-goers from around the UK to enjoy a wide and eclectic mix of music from some of the finest artist in their genre.

To celebrate its 18th year, 18 bands will be performing across four days from 18th to 21st June ... And there's a real international flavour with bands coming from around the Globe including South Africa, Australia, Italy, Ireland and the US. "Now that we've reached 18, I wanted to fly in some of the best acts in the World and combine them with favourites from the UK music scene", said Festival organiser Julian Moores. "All of the acts are now confirmed and booked, and I know we have one of the best line-ups in UK Blues festivals!"

Among those flying in will be the Italian rock and blues singer and pianist Matthew Lee. Already well-known in his native country, Matthew regularly appears on Italian TV and radio, and is now taking his energetic and mesmerising rock and blues across Europe. He'll be sharing the stage on the Saturday night with a lady whose star is rapidly rising, and who could be a household name before the year is out. Since last appearing at Blues on the Farm, Dublin's Imelda May has already shared stages with everyone from Van Morrison and Dave Gilmore to Elbow and the Scissor Sisters, and towards the end of last year she wowed Jools Holland on his BBC2 'Later' programme.

Topping Friday night of Blues on the Farm is 2008 Blues Music Award Nominee for Traditional Blues Female Artist of The Year, Sharrie Williams and her Wiseguys. Described as mixing 'rockin Gospel Blues' with a smoky, sexy and imitable style, Sharrie is a rock solid professional - a talented songstress who captivates her audience. On Sunday, America meets France with Sarah Savoy and the Francadians. Louisiana-born Sarah and her French musicians keep the audience dancing, as Sarah belts out sassy blues, growls through honky-tonk-inspired Cajun songs of the 1940's and 50's, and wails the bitterness of some of Cajun music's most forlorn waltzes. And on Saturday Australian folk-rocker Rory Ellis returns to the UK with a voice described by the Lancashire Telegraph as "so deep and gravelly, imagine Kris Kristofferson with a sore throat and you're getting close".

The best of British music is also well represented, with a variety of styles from the funk-inspired sound of London-based 'Station House' to the man described as "the cleverest writer and most magnetic performer of Blues working in the UK" (MOJO) - Ian Siegal. Plus there's Mike Sanchez, the performer voted 'UK Keyboard Player of the Year' for four consecutive years (2000-2004) by 'Blues in Britain' magazine, and young Oli Brown who has been hailed as "one of the best and brightest guitar heroes performing in the world today" (Classic Rock magazine).

To round off the weekend there's a performance with a real difference. Desribed as "a collision of post-punk performance and toe-tapping oldies", the Ukulele Orchestra of Great Britain offer a funny, virtuosic, twanging, singing, awesome, foot-stomping mix of rock-n-roll and melodious light entertainment featuring only the "bonsai guitar" and a menagerie of voices. No drums, no pianos, no backing tracks, and no banjos.

"Blues on the Farm is a great little festival", commented festival organiser Julian Moores. "We work hard to bring in acts widely known in blues and rock circles, but while they don't always have the celebrity of the chart and TV bands, they certainly aren't lacking in exceptional talent and excellent performances. Blend the music with our perfect tree-lined arena, great beers and Appledram Cider, and of course Sussex sunshine, and 'Blues' is a terrific way to spend four days in Midsummer".

Further updates on Blues on the Farm will be issued over the next few weeks.