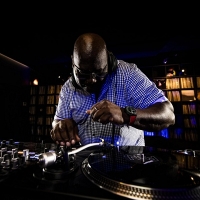 Due to embark on his April UK tour next month, Carl Cox in conjunction with Lock 'n Load (the team behind South West Four and Get Loaded in the Park), has just announced a London date with tickets priced at a pocket-friendly £5!

The popular DJ will hit the Guanabara bar, with tickets costing just five pounds and limited to 250. With tickets for his UK tour selling fast, it's pretty-much a no-brainer!

Check out our "Cheap Nights Out" section on our homepage and Gig Search pages (www.allgigs.co.uk/Gigs.php) - or the links in the sidebar to the right for more bargain nights out.