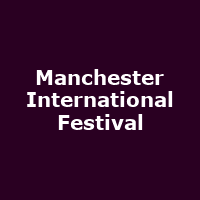 The full programme for this year's Manchester International Festival has just been announced.

The programme already included Rufus Wainwright's debut opera: 'Prima Donna', which is in French and takes place at the Manchester Palace Theatre this July, as well as 'Everybody Loves a Winner' created by writer/ director Neil Bartlett, and described as an "affectionate exploration of this most British of pastimes". For the performances, the Manchester Royal Exchange will be converted into a working bingo hall and will track a group of twenty players through their night out.