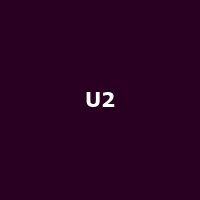 The band will now play back-to-back Croke Park dates on 24th and 25th July, supported by Glasvegas on the 24th, Kaiser Chiefs on the 25th. Glasvegas support the band when they are playing in their hometown at Hampden Park in Glasgow on 18th August and on the 22nd August at the Millennium Stadium date.

Elbow are the support act for Wembley on 14th August and the Sheffield date on 20th August.

In-keeping with the 360Â° theme, the stage will enable the audience to have an unimpeded view of the band.

Tickets for the European dates went on sale on Friday and were snapped-up in 24 hours. Tickets for the UK dates range from Â£30 - Â£150 and go on sale this Friday 20th March at 9AM.