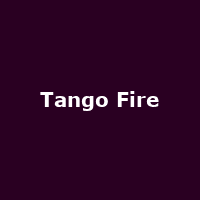 One for all hot-blooded dance enthusiasts!

The Argentinian dance company, Tango Fire, arrives in the land to deliver more of their very 'sensuaaaal' routines, which they had premiered in London back in

2006 to much acclaim, with The Evening Standard describing the show in these

... a sizzling,sensual taste of the real thing ... sexual electricity crackling at the arch of aneyebrow, exploding at the twitch of a hip. Turning the genteel

confines of Sloane Square's Cadogan Hall into a sea of writhing libido takes some doing, but Tango Fire pulls it off

So, could Tango be the new aphrodisiac?... You be the judge of that: the show opens tonight at the London Peacock Theatre, until April 11th, with performances at 7.30pm, and post show dance classes on March 24th & 31st and April 7th.