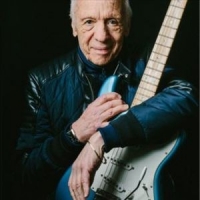 The trio performed together this month and last in Germany and Holland and now bring the show to the UK, with just a London date announced at present.

Jack's last UK gig was in November alongside the BBC Big Band at Birmingham's town hall.