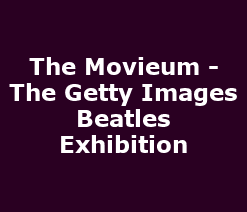 After the launch of London O2's The British Music Experience permanent exhibition earlier this month, and just days from Mick Jones' Rock'n'Roll Public Library show at the Chelsea Space (opening on March 18th for a month), the Getty Images Gallery is launching its own music-focused exhibition.

Getty Images are opening their new photographic exhibition, entirely dedicated to one of Britain's national treasures, The Beatles, at the London Movieum, today (March 12th).

This will be the opportunity to view imagery of the Fab Four in their golden years, as the images span from 1963 to 1970 and include shots from the filming of 'Help' and 'A Hard Day's Night', as well as behind the scenes pictures of the quartet's 1966 Far Eastern tour, by photographer Robert Whitaker.

The Beatles at the Movieum is on now until June 30th.