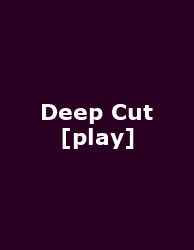 Based on original source material from the enquiry into the killing of 18 year old Private Cheryl James, who was based at Deepcut barracks - the scene of four such deaths between 1995 and 2002.

Failing to receive an explanation over exactly what happened at Deepcut, Cheryl's parents have found it hard to grieve without closure - this play is the compelling account of the family's journey through a time they thought they'd never experience.

There will be a number of post-show discussions on the 12th, 17th and 24th March.

Tickets for tonight and the next few nights are no longer available online, but tickets may still be available by phoning the box office on 020 7328 1000. Ticket price ranges from Â£10 to Â£20.