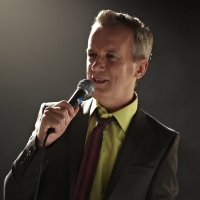 This year, TV comic Frank Skinner started a short run of shows called the "Credit Crunch Cabaret", which, as you may expect were aimed at saving punters a bit of cash, whilst getting top-rate comedy and entertainment.

As you can imagine, costing just £10 each, they sold-out in days. If you missed-out on the first round, round two has just been announced - also at the Lyric Theatre in Shaftesbury Avenue and also costing just £10. The full lineup is yet to be announced, so watch this space, but yet-again demand is expected to be high. Tickets on sale now.

Check the rave reviews from the Guardian and Evening Standard in the links to the right.

For more Credit Crunch-busting events, don't forget: there are more in our "Freebies", "Under a Fiver" "Under a Tenner" sections - links to the right.