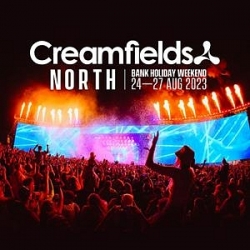 Early bird tickets for this year's annual dance extravaganza Creamfields are still on sale (until 4th April, that is), at £115 for the weekend including camping or £105 without camping, with a deposit scheme available.

The lineup for the 2009 event is yet to be announced, but the 2008 event - the first to be held over two days - featured Fatboy Slim, Paul van Dyk, Pendulum, Kasabian and Tiësto. The event is going onwards and upwards, so expect things for this year's event.

This year's event takes place over the last weekend in August - Saturday 28th and Sunday 29th August and is in its usual home of Daresbury in Halton, Cheshire.

Rumours are that The Swedish House Mafia (AKA Eric Prydz et al) will be playing, but watch this space for lineup announcements.