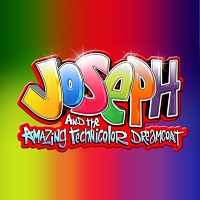 Well, it looks like Pop Idol runner-up Gareth Gates will be the last Joseph on the West End planks for a while after the production has just been pulled.

The show, produced by Sir Andrew Lloyd-Webber's Really Useful Group was originally booking until mid-July, but the cast will now show off their amazingly technicolored dreamcoat for the last time on Saturday 30th May.

The current run premiered at the Adelphi in July 2007, so falls just short of a two year run.

Tickets for the West End show range from £14.50 to £75 for premium seats. You can also catch the touring production of the show across the UK, including dates in Edinburgh's Playhouse from 16th March, Sunderland's Empire from 4th May and Princess Theatre in Torquay from 1st September.

Watch this space for the announcement of a new show at the Adelphi.