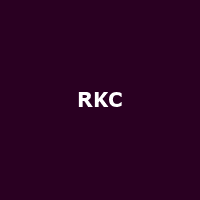 Busy year for every Shambles alumni, as Peter is strutting his solo stuff, Drew is Mongrelling around and Adam boasting about Roses Kings Castles!

While an official release date is still to be confirmed, RKC will post a demo version of the EP available on his website, www.roseskingscastles.com from March 30th.

Ficek has also scheduled a couple of dates to showcase his new material, including a free in-store performance at Sound Knowledge in Marlborough on March 30th followed by a set at Behind The Vale in Cricklake on the same day, as well as Bishop's Stortford on April 16th and the Boogaloo in Highgate, London on April 19th. Tickets are on sale now.

Until then, the drummer by trade will hang on to his kit in order to facilitate Peter Doherty's live delivery throughout his March UK tour.