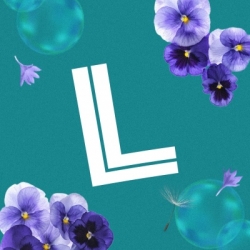 As usual, the fourth edition of the Latitude festival will take place in Henham Park Estate, Southwold, Suffolk, from July 16th to 19th.

Though the programme of festivities has not been revealed yet, no doubt Latitude will follow its tradition of showcasing the best of music, poetry, cabaret, theatre, comedy and dance, among other disciplines.

Music-wise, as that's mainly why we're here, previous years have seen the likes of

The Lemonheads, Patti Smith, Franz Ferdinand, Sigur Ros, Blondie, Damon Albarn's darlings Amadou and Mariam, and newly found national treasure Elbow, among many other deluxe acts. So, fear not booking tickets and time off from your usual duties way ahead from the line-up being announced, as like the all-so trustworthy (yes indeed) press says: "Latitude [is] an event fast threatening to become the most perfect small-ish festival in the English summer season." (James Dellingpole - Telegraph), "No British festival does as well all round at being idyllic, civilised, varied and fun as Latitude. " (Independent on Sunday) and "With families enjoying poetry, dance and theatre on a beautiful riverbank site, Latitude festival could be Albion. " (NME).