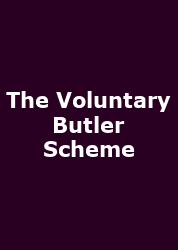 To celebrate the release, a free lauch gig is taking place at Pure Groove records in East Smithfield, London tomorrow (Monday 2nd March) at 1PM - so pop along in your lunch-break as a change from the usual desk-lunch monotony!

The Voluntary Butler Scheme are currently part-way through a solo/ support tour, which sees them play two other London dates this month, then a packed April, supporting Brakes in England, Scotland, Ireland and (just about) Wales (Wrexham).

'Multiplayer' is vinylly released (sorry, crap pun) tomorrow as well as being available for download on Monday 2nd March on Split Records. Check them out on myspace: www.myspace.com/thevoluntarybutlerscheme