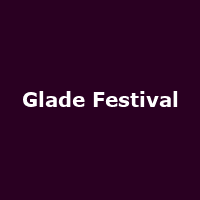 Underworld have just been named as one of the headline acts for this year's Glade festival.

Glade - an outdoor dance music festival - has been taking place since 2004, when it moved from being the "Glade Arena" at the Glastonbury festival. This year, they have moved as well - from West Berkshire to a secret location in Winchester.

Many more acts are to be announced - watch this space!