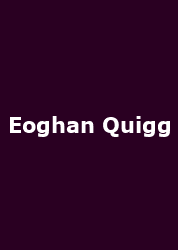 X Factor 2008 runner-up Eoghan Quigg is to support Boyzone this May on their Odyssey Arena dates.

The Irish singer from Dungiven in Londonderry came third in last year's X Factor, pipped to the post by Alexandra Burke and JLS. In the final he duetted with Boyzone, with whom he will be performing on the Belfast stretch of their UK/ Ireland tour. Since the X Factor, he was due to sign a deal with Simon Cowell's Syco Music, but has instead signed a deal with parent company Sony BMG.

This month and next, he is also performing along with other stars from the X Factor on the X factor Live tour.