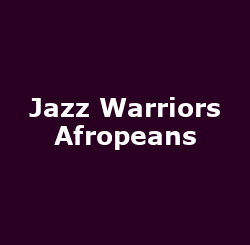 Festivities will start on Friday 20th, with a talk on Duke Ellington and Billy Stayhorn, followed by the Northern Sinfonia's renditions of their respective tunes, and a performance by Afro Jazz newcomer Lionel Loueke.

Saturday 21st will be youth's day with a series of workshops, inciting them to praise the Jazz! Saturday evening will see Sir Courtney Pine in conversation with Alyn Shipton, before he joins his Afropean peers on stage to deliver jazz marvel, followed by vocalist Sheila Jordan with The Brian Kellock Trio.

Sunday 22nd will bring 'Jazz to Everyone', with masterclasses and workshops led by the likes of Sheila Jordan and Guy Barker, the latter of whom will give an evening performance with his orchestra, before clarinettist Alan Barnes closes the festival.

Tickets are on sale now and range from Â£7.00 to Â£22.50 (+ booking fee) per performance, as, still in its early years, the festival doesn't sell day passes yet.