Michael McIntyre 'has it large' with autumn 2009 arena tour 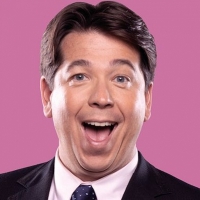 Michael McIntyre has just announced his first ever arena tour, taking place this autumn and covering the whole of the UK.

The multi award-winning TV comic and 'Mock the Week' regular recently found himself hosting a series of impromptu 'Live at the Apollo' TV shows, following 'Wossgate', which meant an extended BBC hiatus for Jonathan Ross.