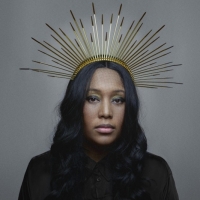 She may have lost to Little Boots in the BBC Sound of 2009 poll, but Vanessa 'V' Brown is definitely the talk of the town.

Since her appearance on 'Later with Jools Holland' last year, the Northampton-born London-based bedroom creative has kept really busy: joining Damon Albarn on his Africa Express side project, penning songs for The Sugababes and The Pussycat Dolls, etc....

Still she's found time for her debut album, 'Travelling like the Light' (let's hope this won't apply to her career), expected in May, and her new single 'Leave' is due out on March 2nd.

Until then, Brown will support electropop duo The Ting Tings on their UK tour from February 25th to March 6th, before touring with pop-rock singer songwriter Gary Go (himself supporting Take That this year), from March 22nd to 31st.