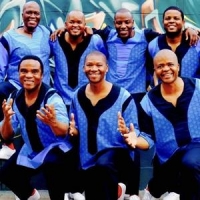 The world may have lost Mariam Makeba, but it's not all bad news....

Ladysmith Black Mambazo, founded in 1960, who have worked with the likes of Sarah McLachlan, Michael Jackson and Paul Simon, have just announced an extensive tour of the UK for the autumn.

Tickets are on sale now at all venues, except for Norwich, Dartord and Dunstable, which will go on sale next month.