Festival headliners get hot for summer 2009 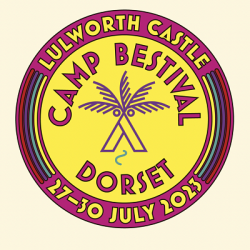 Rub your hands in glee, dust down your tent and find the suncream with the expiry date of 2006 - it's festival time and the fields are getting mown ready for the onslaught of headlining major acts coming up. You know this Summer has to be better, weather-wise - it is the law of averages!

First big name is Blur at the T In The Park festival in Kinross, Scotland. They will finish the Sunday night (the last night) and will no doubt prove to be a huge pull for a lot of fans who followed them back in the 90's plus a new legion of devotees who appreciate Damon Albarns's later projects such as Gorillaz and Mali Music. Expect to hear classics such as "Girls And Boys", "The Universal", "Country House", "This Is A Low" and the fitting "Parklife" - but even if you don't get these songs on the night there is still a welter of cracking material from several albums. The festival runs from Thursday July 9th to Sunday July 12th and also features other prime confirmed acts such as Kings Of Leon, Snow Patrol and Katy Perry. Blur will also make an appearance at Ireland's Oxegen Festival over the same weekend - busy boys..

Glastonbury is also looming - Franz Ferdinand have announced that they will be appearing on the Saturday (27th June) alongside other rumoured artists such as Neil Young and Bruce Springsteen. FF have just released their 3rd album to mixed reviews but that won't stop fans bouncing like crazy to "Take Me Out" and "Do You Want To". Keep 'em peeled for further announcements. In fact the Scottish act are going to be busy during the Summer months - they are also playing Dutch Limberg's Pink Pop and the always well attended and enjoyed Festival Internacional De Benicassim in Valencia, Spain. Oasis, Kings Of Leon and The Killers are also confirmed at the latter Spanish festival weekend from Thursday 16th July - 19th July.

Whilst it seems many bands are appearing at the same music events as each other, one performer won't be. PJ Harvey has very little distance to drive to attend the excellent family-festival, Camp Bestival in Lulworth at Lulworth Castle, Dorset. This year it runs from Friday 24th July to Sunday 26th July and looks like another memorable line-up once again. Harvey will play a headline solo set that she claims will be her only one in the UK this year - she will be one hot date. Other names so far confirmed for the same festival are the shed-dwelling chorister on 4AD, Bon Iver and psychedelic atmospherists Mercury Rev. But it is local girl PJ who will draw the crowds with her intense yet soulful performance some of which will be comprised of excerpts from her recently appraised album, "White Chalk" and her upcoming album collaboration with John Parish due for release at the end of March.