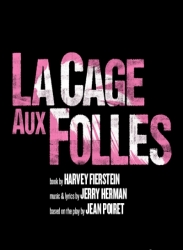 The landmark French musical 'La Cage Aux Folles' has been given a further 4 month extension at the Playhouse Theatre in London's West End. The current run starring cheeky comedian Graham Norton will continue until 25th April and will then resume until 26th September with a new face who has yet to be announced.

Norton plays the parts of Albin and Zara in the long-running musical that feature music and lyrics by Jerry Herman. The storyline details the relationship between Georges and his star drag performer Albin and the uphill struggle they face when a local politician threatens to rid the town of St Tropez's rather glamourous nightclub, La Cage Aux Folles, the drag capital of said town. It all gets a tad complicated when you consider that the politician happens to be the father of the fiancee that George's son wants to marry.

Tickets start from Â£39.50 plus booking fee and, given Norton's popularity, will get snapped up pretty quick! Watch this space for news of Graham's replacement as well....