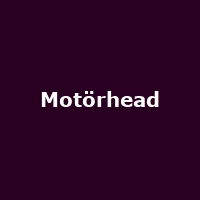 Be aware that heavy metal essentials, Motorhead, are back for more "Sustainnnnnn!" this autumn.

Meanwhile, 'Lemmy', a rockumentary about the Motorhead majesty will be released, and will feature friends and peers including, Dave Grohl, Slash, Ozzy Osbourne, Johnny Knoxwille and Marky Ramone ,among others.

Tickets for the 'Motorizer' tour are on sale now and cost Â£25 for all dates, except for London for which they cost Â£30. All tickets, subject to a booking fee.