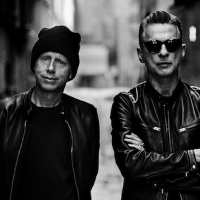 Ahead of their 'Tour of the Universe 2009', Depeche Mode have just announced the track-listing for latest album 'Sounds of the Universe', which will be released on 20th April via their one-and-only label: Mute.

The first single from the album will be 'Wrong', released two weeks prior to the album, on 6th April. The album and single were recorded in Santa Barbara, and sees the band reunite with 2005's 'Playing the Angle' producer Ben Hillier.