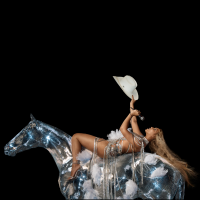 The tour, which starts on 22nd May in Newcastle was originally slated to culminate at the O2 in Dublin on 1st June, but will now finish at the O2 on 8th June, with Liverpool's Echo Arena and the Sheffield Arena being the other two dates in-between.

Tickets for the London and Sheffield dates are on sale now, but the Liverpool date goes on sale tomorrow (Fri 30th Jan) at 10AM. Tickets cost Â£49.50 + booking.