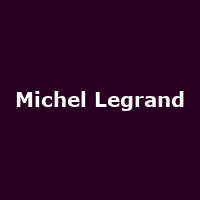 Stuck for something to do this Valentine's day, and fancy going to a gig? Let us point you in the right direction.

There are well over one hundred gigs/ club dates this Valentine's day, so here is a consolidated list for y'all.

Starting at the sophisticated end, French-Armenian composer Michel Legrand and his big band are at the Shaw Theatre along with Alison Moyet - tickets cost Â£60. In the same vein: British singer Ray Gelato brings his jazz band to the 100 Club (Â£13.50), soul legends Rose Royce are at the IndigO2, along with original singer Gwen Dickey (Â£25), MOBO-winner YolanDa Brown is at Camden's Jazz CafÃ© for her 'In the Mood for Love" Valentine's Special (Â£18) and The Swinging Little Band play a Valentine's Day special at the Pigalle Club, playing hits from Sinatra et al, as well as more contemporary jazz from Michael Buble (Â£60). On the RnB tip: US stars Jodeci are playing a date at the Wembley Arena - tickets cost Â£35 - Â£45.

Outside of the capital, Fantazia stage their annual Valentine's Spectacular at Glasgow's Braehead Arena, featuring 4 arenas of music, 60 artists for over 10 hours! Tickets cost Â£39.50.

For an overview of clubbing events near you, check the 'Valentines Clubbing' link in the sidebar to the right, other overviews are also available in the link section.