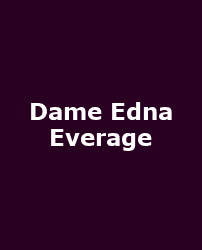 Australian actor/ comedian Barry Humphries is to come over to the UK for a mixture of music and comedy in his 'Last Night of the Poms' tour this September/ October, and the good news is that his alter egos Dame Edna Everage and Sir Les Paterson have agreed to come along for the ride!

The show is a musical collaboration with renowned American conductor and composer Carl Davis, who first performed the show 28 years ago immediately after the English Proms season in 1981. The show will feature various British orchestras and choirs during the tour, including (at the Echo Arena) the Royal Liverpool Philharmonic, with whom Carl and Paul McCartney worked for the 'Liverpool Oratorio' in 1991.

Carl had this to say about the show:

This unique collaboration between myself and Barry Humphries was written as a parody on the Proms. Barry and I have waited 28 years to do this concert again, Dame Edna and Sir Les never disappoint.

Tickets for the tour go on sale tomorrow (Friday 23rd January) at 10AM.