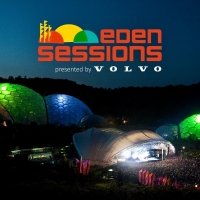 Oasis have announced that the rescheduled date for their previously-postponed show at the Cornwall Eden Project will now be July 14.

The show had been set to take place on September 27 last year, but was postponed after a fan ran onstage at the V festival in Toronto and pushed Noel into the monitor stack causing enough injuries to prompt x-rays at a local hospital. Hopefully there will be no such repetition in the idyllic Cornwall biomes and fans will enjoy this really unique location with this generation's premier act.

Tickets for the original date remain valid for the new date so keep them safe. Fans who want refunds are being asked to call 0844 5670677.

Don't forget that as well as Oasis, they will also shortly be confirming the forthcoming Eden Sessions 2009 dates and line-up on their website - and get this.....Eden are running a competition for 2 people to attend every session at this year's amazing event. Go to their website (sessions.edenproject.com) for further details - it really is one of the best attractions in the UK so whether you win or not doesn't matter - you can go to the gigs or just visit the inspiring Project itself...